Fair Move: 09 How will users respond to variable fares?

A fare structure that in theory generates the greatest benefits from the public transport network is only as good as people’s ability to understand and respond to it.

The aim for our fare recommendations is to provide people with an informed choice that reflects the costs and benefits of additional public transport use, so that they can respond to the price incentives and choose the best method of travel for themselves, as well as a method of travel that most benefits society.

While a fare structure can be created that achieves this aim, once it is perceived as `too complicated’ or too difficult to navigate, some people switch off and either ignore the price signals or even avoid public transport entirely, both of which have serious consequences.

The analysis consisted of:

The analysis confirmed that people have a general preference for simple fares, but that this is only one of many factors directly influencing user decision-making and behaviour. Other factors include the reliability of service, comfort levels, safety, overcrowding, price, wait times, transport mode and journey times.

For this reason, and due to a low level of evidence that distance pricing significantly contributes to the social cost of additional public transport use, we have not included distance based fares in our recommendations. A detailed discussion on the merit of distance based fares is provided in the Fare Reform Technical Report accompanying this paper.

[24] The discussion in this section is based on SGS-BIT(2020) unless stated otherwise.

This has implications for policy making, as the marginal gains from adding new fare elements must be weighed against the cost of making the overall fares system too complex. A small gain in efficiency might not be worth the high cost of disengaged users.

While zones are better received than straight distance charges, they are still less intuitive. We found that for trams and buses, zones were probably an unnecessary level of complexity with little benefit, while train and express bus zones showed significantly more merit and were worth the complexity trade-off.

Given people’s limited ability to comprehend too many elements in a fare system, those elements included in a fare system must be selected carefully. People can only handle so much complexity, which means policy makers must choose wisely.

If there can only be a few complexities in the fare system, it is vital that those complexities are chosen based on how well they assist in getting the most out of the public transport network. This is why, on top of the issues with myki Pass for peak and mode-based fares, we recommend removing myki Passes. They add a layer of complexity that can cause confusion, while doing nothing to better manage use of the public transport network.

The research also found that people could generally be grouped as `problem solvers’ (those who are happy to do the maths) and `intuitors’ who take a less calculated approach and rely more on mental shortcuts – simple rules of thumb that allow a person to approximate what the right answer is.

The majority of people are intuitors, so designing a fare system that is logical and that can have rules of thumb applied to it is important. This explains why features such as mode (am I getting on a bus or a train?) or time (is it a busy time?) were more easily understood and better influenced decision making than distance. Distance is less intuitive, particularly for visitors, as not all people have a strong understanding of the distances between stations, stops or even general locations across Melbourne. 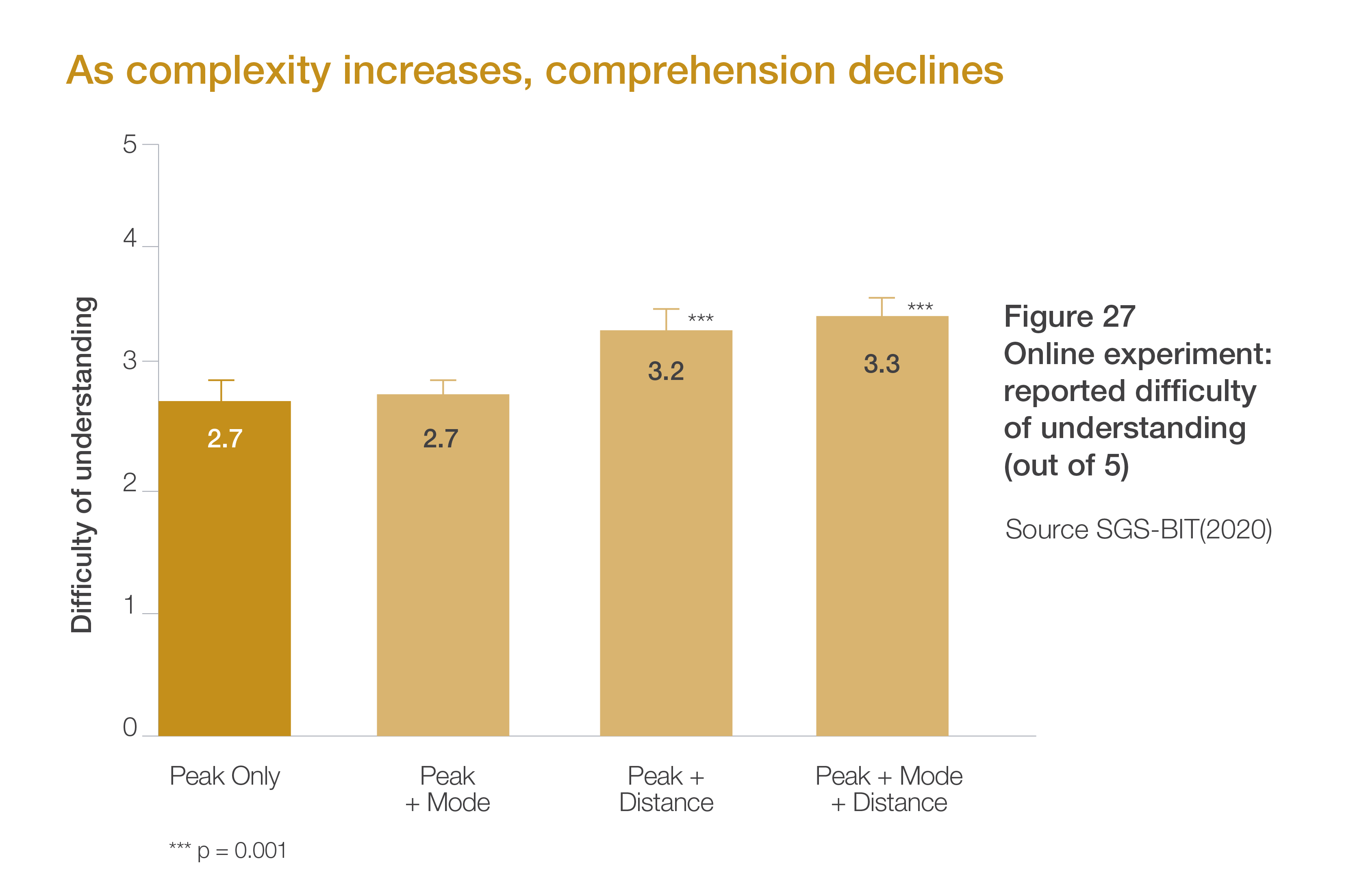 The SGS-BIT research shows that the way fares are framed and presented can often be just as important as the actual changes themselves, and that the framing and presentation of fare changes will impact comprehension.

This is an important consideration for government in implementing any fare reforms. Strong messaging and clear visual clues will aid any reform. This will lead us back to the debate about touch off for trams.

In researching and recommending fare reform, we have used the findings from the SGS-BIT research, as well as other behavioural research, to help strike a balance between comprehension, ease of use and making the best use of the transport network. These findings provided the basis for our consideration of informed choice as an important element of our approach to reform (see page 21).

Our use of the SGS-BIT research findings for each of our recommendations is detailed in our Fare Reform Technical Report (Infrastructure Victoria, 2020a).