Infrastructure Victoria/ Our board

Infrastructure Victoria is led by a board of seven members comprising four members from the private or non-government sectors, and three from the public sector. 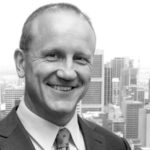 Jim Miller chairs the Infrastructure Victoria board. He is also Vice Chair at J.P. Morgan and Director at Household Capital.

Jim was an Executive Director at Macquarie Capital from 1994-2015, with experience across a range of sectors, he led over $120 billion in transactions and worked with both government and private sector clients. Jim has extensive experience in infrastructure having worked in the areas of regulated assets, transport, energy, utilities and resources and social infrastructure. He has both a Bachelor and Masters of Economics from Macquarie University. He is also a Fellow of the Institute of Actuaries Australia. 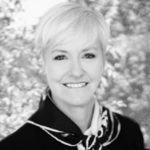 Maria Wilton’s experience in the investment industry spans thirty years and includes portfolio management and business roles.  Maria is Vice Chair of the global Board of Governors of the Chartered Financial Analyst (CFA) Institute, and a Member of the Australian CFA Advocacy Council and  Diversity Council.  She is a Director of Victorian Funds Management Corporation, WorkSafe Victoria and Australia Post Super. Maria was formerly Managing Director and Chair of Franklin Templeton Investments Australia.

Maria holds a Bachelor of Economics from the University of Tasmania and is a Chartered Financial Analyst (CFA) charterholder.  In January 2019 Maria was made a Member of the Order of Australia for service to business and finance and to the community. 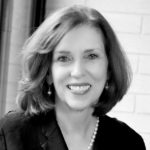 Ann is one of Australia’s leading business executives with a career that spans Government, Banking and Cruise Tourism.

Beginning working life as a Radiographer, Ann became First Assistant Secretary of the Office of the Status of Women in Canberra before moving to the banking sector initially in HR roles, then in CEO roles with Westpac NZ and the Bank of Melbourne.

The Australian Government awarded Ann the Centenary Medal in 2001 and in 2004 she was awarded an Order of Australia. In 2015, Ann was named as the overall winner of the Australian Financial Review 100 Women of Influence Award.

Ann devotes considerable energy to her passion for women’s rights (currently as convenor of the MCC STEM group), supporting opportunity for Indigenous communities, personal philanthropy and support of the arts. 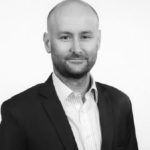 Jeremi was appointed as Secretary for the Victorian Department of Premier and Cabinet on 13 November 2020.

Prior to this role, he was the Deputy Secretary, Governance Policy and Coordination at the Victorian Department of Premier and Cabinet, a position he has held since August 2018.

Jeremi has held various executive positions in the Victorian Public Service over a 17 year period, was the CEO of a registered training organisation and started his career as a journalist.  He lives in Bendigo and has worked extensively in regional Victoria.

He holds a journalism degree from the University of South Australia and is a Graduate of the Australian Institute of Company Directors. 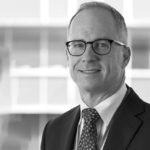 John is the Secretary of the Department of Environment, Land, Water and Planning in the Victorian Government. 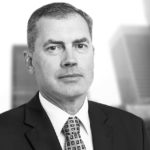 David Martine has been the Secretary of the Department of Treasury and Finance (DTF) since 2014. He leads the department in providing economic, policy and service delivery advice to the Victorian Government. Prior to joining DTF, David held a number of senior roles in the Commonwealth public sector, most recently as Deputy Secretary Aged Care in the Department of Social Services. He has also worked for the Commonwealth Treasury and was Deputy Secretary, Budget Group in the Department of Finance and Deregulation. He has a Bachelor of Economics (Hons) from Monash University and a Master of Business Administration.