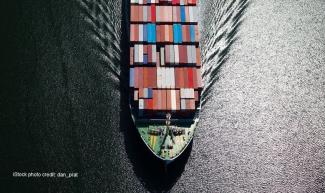 Infrastructure Victoria has provided advice to government on the future need, timing and location of a second container port for Victoria.

It follows a request from the Special Minister of State in May 2016 for Infrastructure Victoria to develop independent advice on when to invest in container port capacity and whether a second container port should be located at the existing Port of Hastings, or a new Bay West location.

There are three key elements to Infrastructure Victoria’s advice to government:

Mr Masson said Infrastructure Victoria’s advice was based on new evidence and a direct comparison of all the available options – something which had never been done before.

“Our advice is based on the best available evidence – including new data and technical analysis which was released transparently for consultation – and considers the economic, social, environmental and urban planning benefits and impacts.”

“We endeavoured to develop our advice in a way that provides clear direction but also encourages responsiveness to change because we recognise the future is uncertain,” he said.

Mr Masson said increasing capacity at the Port of Melbourne to 8 million TEU would require a holistic approach to ports planning and would require some existing trades to be relocated to Victoria’s other commercial ports.

“The Port of Hastings will be an important part of Victoria’s future commercial port network and is particularly well suited to handling automotive trade, while the Ports of Geelong and Portland could grow their existing trades and support emerging supply chains.”

“Once the Port of Melbourne reaches 8 million TEU, we think it makes better economic, social and urban planning sense to move some container trade to a new port at Bay West.

“Bay West has strong transport, land use, environmental and amenity advantages when compared to Hastings. It can initially handle overflow container capacity, but is also well suited to becoming Melbourne’s future container port in the longer term,” Mr Masson said.

Infrastructure Victoria’s advice is not binding but is intended to assist the Government with ports planning and investment decisions to help Victoria maintain its competitiveness and increase its productivity. The advice was provided to government along with all technical reports and feedback from the consultation program.

“Feedback from stakeholders and the community challenged our thinking, identified areas of importance and shaped our recommendations and we thank everyone who participated,” Mr Masson said.

You can read Infrastructure Victoria’s advice and the supporting technical reports here.

Reimagining the city – how can Melbourne get its buzz back?
Website feedback
Back to top