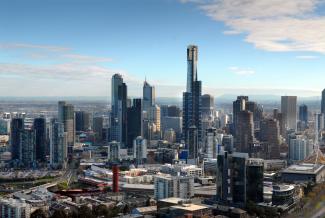 Infrastructure Victoria has completed its second and significant round of community consultation and is one step closer to releasing its draft 30-year infrastructure strategy for the state.

Infrastructure Victoria CEO Michel Masson said he was delighted with the response to the All things considered paper which set out more than 200 options to address the state’s infrastructure needs over the next 30 years.

“During the four-week consultation period, we had more than 24,000 people visit our website, we received 260 formal submissions and we met with stakeholders from all levels of government, the private sector and non-government organisations across Victoria.”

“We are thrilled with the high level of engagement and the quality of feedback we’ve received,” Mr Masson said.

“We are now busy analysing the feedback provided, further assessing options in light of new evidence brought forward and examining new options proposed by stakeholders and the community,” he said.

Infrastructure Victoria will now prepare a consultation report, outlining the feedback received and how it was used, which will be released alongside the draft strategy later this year.

Mr Masson said the recommendations of Infrastructure Victoria’s two citizen juries would also be a key input into the draft strategy.

“We look forward to receiving the reports of our metropolitan and regional citizen juries at the end of July and will publish these reports on our website,” Mr Masson said.