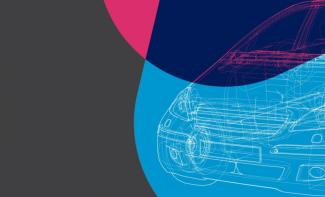 Infrastructure Victoria has today published a suite of new research it will consider as it develops its advice to the Victorian Government on the infrastructure required to support automated and zero emissions vehicles.

This new body of evidence represents a major contribution to Victoria’s understanding of the potential benefits and impacts of automated and zero emissions vehicles in areas such as transport, energy, ICT and more.

Infrastructure Victoria Chief Executive Officer Michel Masson said the evidence base was the result of months of research across ten different areas.

“We know that driverless and zero emissions vehicles could fundamentally reshape our cities, towns, neighbourhoods and streets,” Mr Masson said.

“What we can see through this evidence base is that there are a range of impacts from driverless and zero emissions vehicles across the whole spectrum of Victorian infrastructure, from energy, to land use, to our transport networks.

“Over the past eight months we have spoken to experts, considered the existing literature, undertaken ten different research projects and conducted our own analysis to develop the significant evidence base we have published today.”

“There is a lot of hype around driverless and zero emissions vehicles and our research shows that while the they could deliver profound benefits, they also present challenges that need to be addressed.

“For instance we found that driverless vehicles could dramatically reduce road accidents and make road networks more efficient, even when they are mixed on the roads with regular cars.

“On the other hand, our energy modelling found that if we were to move to 100% battery electric powered vehicles tomorrow, our overall energy consumption could increase by as much as 56%.

“Our advice to government will focus on how best to manage the broad range of impacts these new technologies could have in order to maximise their potential,” Dr Stewart said.

Infrastructure Victoria is now seeking formal submissions in response to the evidence base to inform its final advice to government, which will be delivered in October.

To download the overarching Evidence base report and the technical reports or to make a submission, click here.

Consultation is open until 5pm on Friday 31 August.

A series of images that reimagine what our streets and neighbourhoods could look like is also available to view at www.infrastructurevictoria.com.au/avzev/.